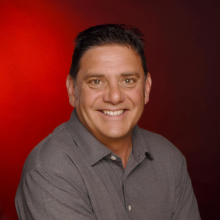 Bill Jr. was a New York City Police Officer 1985-2005. In 1994, he was promoted to the rank of sergeant. He served as a sergeant from 1994 until he retired in 2005 with a full 20 year service retirement. During his career he served the residents of N.Y.C. in the Borough’s of Brooklyn, Staten Island and Manhattan, New York and was a 9-11 first responder and survivor. The last five years of his career was spent as undercover police supervisor investigator with the elite Manhattan South Task Force specializing in undercover operations combating the illegal sale and distribution of counterfeit merchandise through-out lower Manhattan, New York. During this time he received specialized training in the identification and confiscation of trademark counterfeit of intellectual property. He and this specialized unit were responsible for the removal of more trademark counterfeit merchandise from illegal distributors through-out lower Manhattan than all the police departments combined in the United States.

During his career and since retirement he has provided personal escort protection for celebrities, executives and V.I.P.’s, and armed protection services for armored trucks and couriers. In addition, as a member of the N.Y.P.D. and privately he provided event security supervision at many high profile events such as Broadway on Broadway, World Trade Organization, Republican National Convention, Pediatric Aids Foundation, movie premieres, parades, civil un-rest situations, union strikes and movie shoots.

Upon retirement he joined his father at WRM providing security services to client throughout Long Island and New York area.

In 2008, the company became WRM Security Services Inc. which has become WRM Process Services & Investigations Inc., a licensed private investigations company capable of providing both investigation and security protection services to our clients throughout Long Island and the New York area.